is one of the most beautiful and valuable magnate residences in Poland, and also one of the best preserved Renaissance buildings in Europe. Today the castle is a tourist attraction - it houses a museum, hotel and restaurant.

Book accommodation in the castle

In the place of today's castle there was a medieval defensive manor house of the Baranowski family. At the turn of the 15th and 16th centuries, the area was owned by the Górka family of Greater Poland, who then sold it to the Leszczynskis. It is to them that the castle owes its present shape, emphasising the refined style of the wealthy family. The residence, called Little Wawel, is characterised by magnificent architecture, modelled on the royal Wawel in Krakow. It is most probably the work of the Italian architect and sculptor Santi Gucci. The last owner of the castle from the Leszczyński family was Rafał X, whose son Stanisław Leszczyński became the king of Poland.

The castle in Baranów Sandomierski was successively owned by the Wiśniowiecki, Sanguszko, Lubomirski, Małachowski, Potocki and Krasicki families. In 1867 the Baranów estate was put up for auction and acquired by Feliks Dolański. Afterwards, the castle was inherited by Stanisław Dolański, who decided to restore the building, destroyed in a fire in 1898. Under the direction of the Cracovian architect Tadeusz Stryjeński, the layout of the rooms was changed - the ground floor corner chamber was converted into an Art Nouveau chapel, decorated with impressive stained-glass windows by Józef Mehoffer and an altar with an exceptional painting by Jacek Malczewski, entitled The Immaculate Virgin Mary. The Dolanski family owned the castle until the outbreak of World War II. After being destroyed during the war, the castle was rebuilt and restored by the state in 1959-1969, under the direction of prof. Alfred Majewski. The building was then handed over to the Sulphur Mines and Processing Plant Siarkopol in Tarnobrzeg.

The castle in Baranów Sandomierski consists of three storeys and was erected on a rectangular plan. It has four round towers in the corners, a rectangular tower in the middle of the front wall and an internal courtyard surrounded by beautiful two-storey cloisters. The interiors of the castle were decorated by Jan Chrzciciel Falconi and Tylman of Gameren. 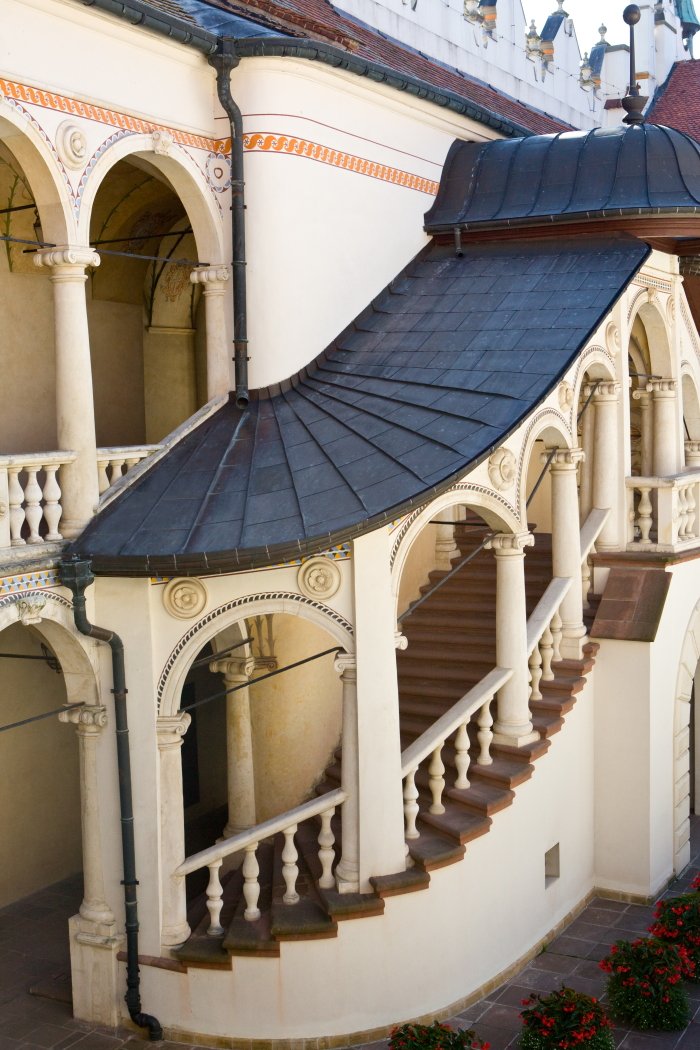 The Castle in Krasiczyn