The Castle in Krasiczyn

is a monument of the Polish Renaissance, located on the Przemyśl-Sanok route. After taking over the building in 1996, IDA JSC carried out repair, construction and conservation works, which led to the creation of a modern tourist, hotel and catering base in this complex.

Book a room in the castle

Particularly noteworthy is the landscape park surrounding the castle, which contains over 200 species of trees and bushes from all over the world.

The history of the castle in Krasiczyn dates back to the 16th century. Its construction was started by Stanisław Krasicki - the castellan of Przemyśl, a descendant of the Mazovian nobility of the Rogala coat of arms, who came here in the 16th century. His son, Marcin Krasicki, regarded as one of the most outstanding art patrons in Poland at that time, transformed the austere defensive castle built by his father into a magnificent palatial residence.

Despite numerous fires and wars, the castle has retained an almost unchanged silhouette. Built in the form of a quadrilateral, the corners were reinforced with four cylindrical towers: Divine, Papal, Royal and Noble (Knight). The vast rectangular courtyard is surrounded by residential wings to the north and east, and by curtain walls to the south and west, finished with a beautiful openwork attic. In the middle of the west wing there is a foreground with a gate and a square Clock Tower. A road from the former town to the castle led through a drawbridge, later a stone bridge.

One of the most valuable architectural elements of the building is the chapel located in the Divine Tower, which is compared to the Sigismund Chapel on Wawel. Also noteworthy are the richly carved portals, loggias, arcades and unique wall decorations, the so-called sgraffito (their total area is estimated at approximately 3500 square metres). 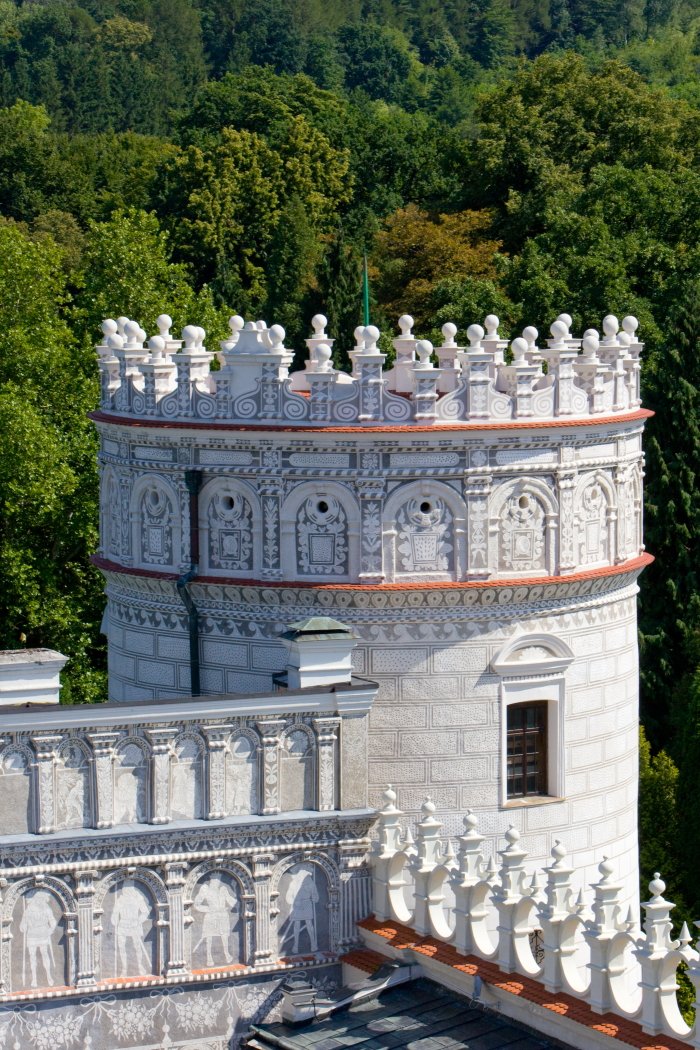 The construction work was carried out under the direction of Italian architects, while the ornaments and decorations were made by artists from Przemyśl. The splendour of the castle in the past is testified to by the fact that it hosted Polish kings: Zygmunt III Waza, Władysław IV, Jan Kazimierz and August II.

After the heirless death of the last member of the Krasicki family, the castle and the Krasiczyn estate were inherited by the following families: Modrzewski, Wojakowski, Tarłowski, Potocki and Piniński. From the latter it was bought in 1835 by Duke Leon of Sapieha. This family, in possession of Krasiczyn until 1944, contributed significantly to its development. They renovated the castle, established a sawmill, a brewery and an agricultural machinery factory, and were active in the economic and social development of the region.

After World War II, when the castle and the Krasiczyn estate were taken over by the state, it became the seat of the Forestry Technical Secondary School, and in the 1970s it was taken under the patronage of the Passenger Car Factory (FSO) in Warsaw. In 1996, as part of the process of FSO liquidation, the Castle and Park Complex in Krasiczyn was taken over by IDA JSC

The uniqueness of the Krasiczyn castle is also reflected in the fact that it is surrounded by one of the most beautiful landscape parks in Poland. The contemporary admired gardens around the castle were created on the basis of plans implemented by the Sapieha family out of their ingenuity and passion for travel. They also introduced the custom of planting trees on the occasion of the birth of their children - an oak for the son and a lime tree for the daughter. The act of planting a tree after the birth of a new member of the family is supposed to augur a long life for the child and its rootedness in the given community (in this case in the Krasiczyn land). 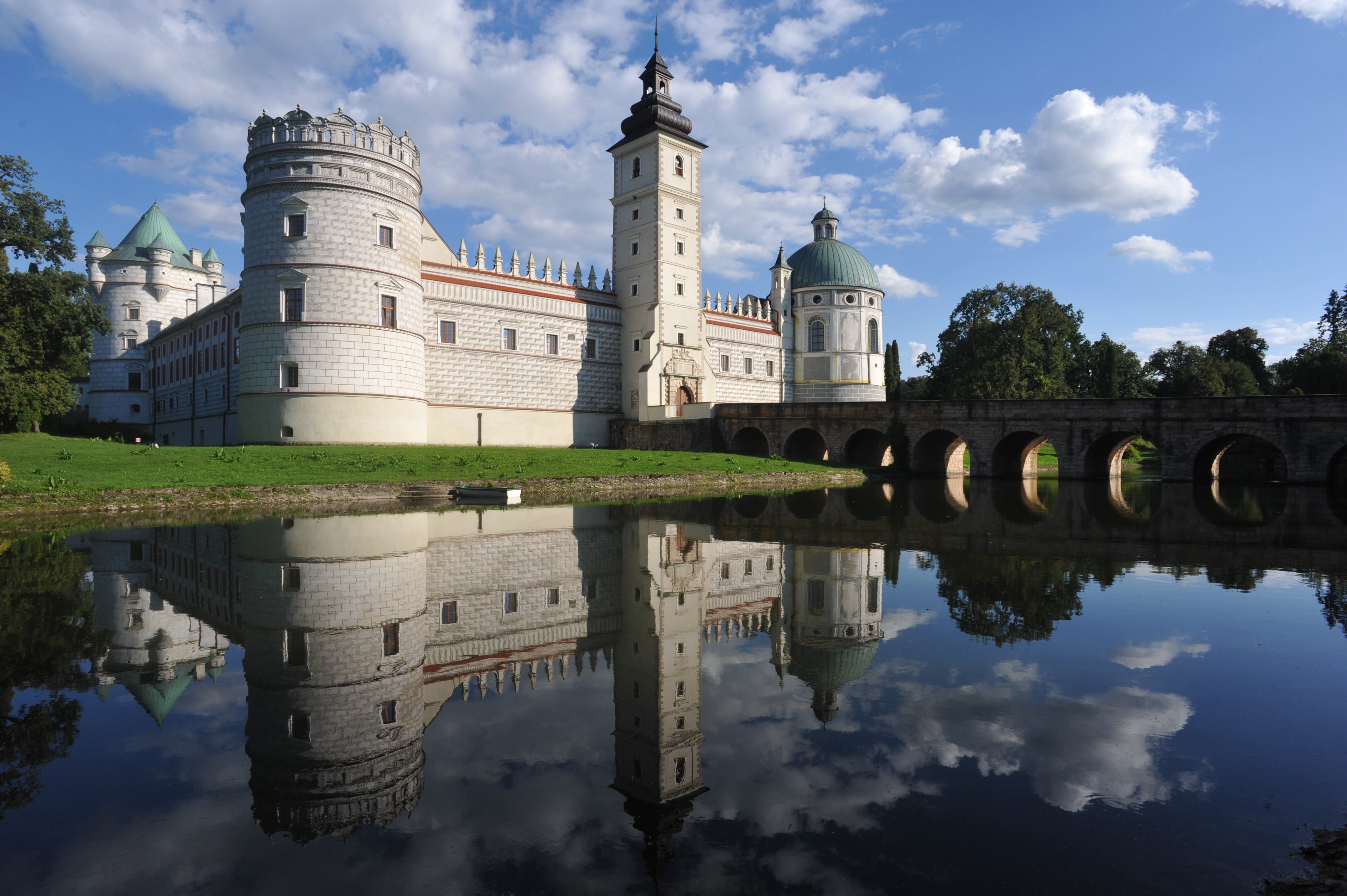 The Castle and Park Complex in Krasiczyn